What does it mean to create an inclusive hip-hop scene?

This week I heard a really interesting episode of CBC radio’s show Tapestry where guest host Yassin Alsalman (aka hip hop artist turned professor, Narcy) hosted some great conversations with Canadian hip hop artists that explored the themes of equity, diversity and inclusion in the hip hop scene. These conversations are well worth your time:

[ps I am actually on vacation right now and my incredible colleague @IOpara is hosting this hub while I’m away. He’s our actual strategy lead around all things equity, diversity & inclusion and is a wealth of knowledge on the subject!]

Someone I’ve worked with a few times in a previous role has a international breakdancing crew called Ill-abilities. Luca was the closer of the Paralympic games opening cermonies in Vancouver. Here’s their description: Created in the summer of 2007 by Montreal-based dancer/motivational speaker Luca “Lazylegz” Patuelli, ILL-ABILITIES™ was an all-star team of differently-abled dancers whose goal was to compete in the breakdance competition circuit, showing the world that anything is possible.

The crew gets its name from the standard in hip-hop culture of using a negative term to refer to something positive. Examples of this can be heard in studios or at competitions where dancers compliment each other by saying they were bad, nasty or mean. The “ill” in ILL-ABILITIES™ does not refer to “sick” or “unwell” but rather to incredible, amazing, intricate, talent.

Rather than seeing the negative limitations of “disability”, this crew focuses on their positive, or “ill”, abilities.

Once they started performing together, the dancers of ILL-ABILITIES™ quickly realized their potential to inspire audience members with their positive attitudes and unique dance moves so they expanded their goal.

Here is an article and video about the group. Luca and his crew are so inspiring, and showing the hip hop and breakdancing world that dancing is possible with physical limitations. 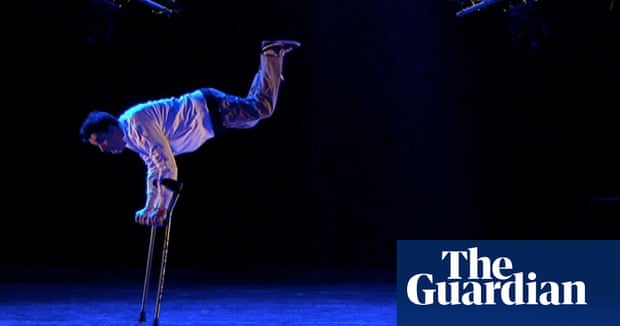 ILL-Abilities: the b-boy supercrew taking on the able-bodied

Can you bodypop with one leg? Can you dance to music you can't hear? As Breakin' Convention opens in London, the crew of ILL-Abilities explain how anything's possible in hip-hop

I’m so glad to learn about ILL-ABILITIES. Thanks for sharing this Christina!